Thanks to requests from our long-time customer, Jim Fox, we are now offering 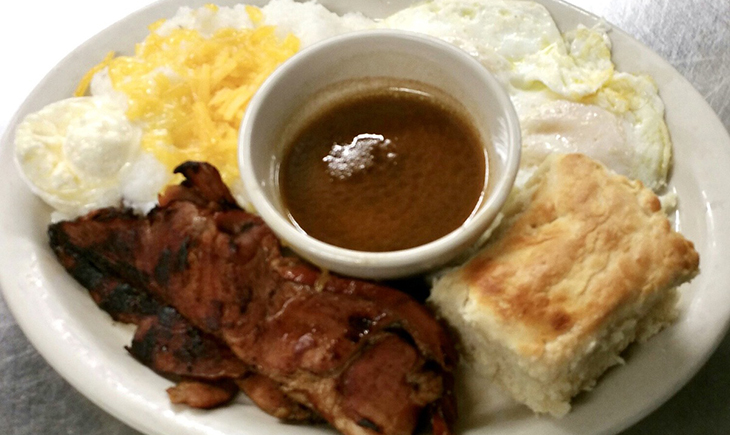 Red eye gravy originates from southern United States cuisine and is tied to the country hams of the region. The thin sauce is simply pan drippings from the ham, and the pan is deglazed with black coffee. Most traditional recipes include little else besides some additional seasoning, and is poured on top of the pan-fried ham and grits and/or biscuits. Our recipe will include butter, salt, black pepper and a pinch of brown sugar to balance the flavor. We will serve the sauce on the side, so you can use as much as you want. – Enjoy!.

"According to legend and not necessarily facts, Andrew Jackson (1767-1845), 7th President of the United States, who was an American General at the time, called his cook over to tell him what to prepare. The cook had been drinking "moonshine" corn whiskey the night before and his eyes were as red as fire. General Jackson told the cook to bring him some country ham with gravy as red as his eyes. Some men nearby heard the general and from then on, ham gravy became 'Red Eye Gravy.". WhatsCookingAmerica.net

*Notice: Our shell eggs are cooked to order.
Consuming raw or undercooked eggs may increase your risk of food-borne illness.